Saving Retro: One on One with RetroKAI Co-Founder Xavier Gielis 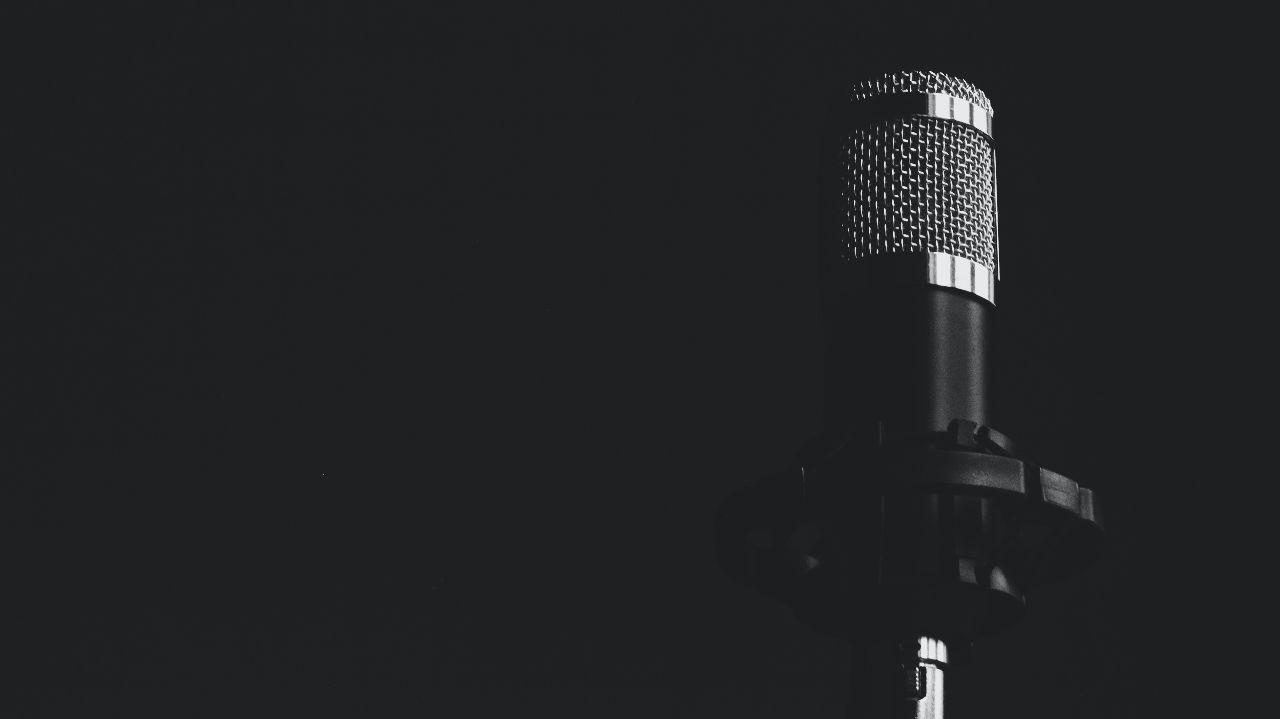 Retro gaming has taken off in a big way the past decade, and only looks to continue to grow. With big companies like Nintendo, Sony and Sega releasing miniature retro console clones over the past few years, interest continues to grow and what was once considered niche has become mainstream. With the advent of the Raspberry Pi and other single board computers, as well as emulation handhelds like the RG 350 and Retroid Pocket 2, emulation for those retro systems has also become a lot more affordable, and easy to set up. Despite these advancements, there are those of us who prefer to play on actual hardware, faults and all.

Despite our love for these relics of another era, some of these systems are needing repairs to keep on going. This is where a company like RetroKAI comes into play. Creating new parts for older systems to not only help keep them going, but in some cases outdoing the originals and modernizing those systems for 2020 and beyond. They're not alone in this pursuit either. Companies all over are taking the pledge to save retro gaming and keep these systems alive! For those of us in the open source scene who have had our share of time with RetroPi and Emulation Station, we've developed a love for these older games and have even adopted these retro consoles as our own.

Xavier from RetroKAI was so gracious to sit down for an interview with librefree.me as we discuss what inspired them to join the market, and what we can expect from them for the future. We hope you enjoy.

I see on your website that you are based out of France, is there a big retro gaming scene in that country?

Yes we’re based in France in two different cities. I live in Lille in the north of France, and Thony lives in Longwy in the east.

To answer your question, yes, I think the retro gaming scene is pretty big in France.

We didn't have all the consoles that the United States or Japan had because at the time, Europe was not considered an important market like those two countries were.

The Atari Lynx or the Sega Nomad for example, never came out in Europe and if we wanted it, we had to import it. Without internet to get in contact with the right people, it was very difficult and very expensive.

And as if that wasn't enough, our televisions used the PAL standard instead of the NTSC standard used by the US and Japan.

The programmers hardly ever adapted their programs to the PAL format, but just applied a speed reduction of about 18%.

This resulted in a slower speed in games ranging from the game rhythm, to the music. This speed wasn’t chosen at random and was based on the electric current, i.e. 230V or 50Hz for us French people.

And yet, all this didn't stop us from playing and loving video games. Today, we modify our consoles to run at 60 Hz because our moderns televisions are multi-standard and that allows us to play the games as they were designed.

We're also lucky in France to be the home of the famous SCART connector, that allows us to get a pure RGB signal from the console to the TV, allowing us to get the best possible image quality.

I’ve read that many North Americans are now modifying their TVs to get the same result and that’s funny because we envied them with their NTSC standard, now they do the same with our SCART RGB connector.

We have several famous YouTubers that talk about retro-gaming, getting millions of views. We have streamers on Twitch that do the same. There's lot of retro-gaming forums, Facebook groups, and online stores that sell arcade parts, mod kits, consoles, and games. There are even physical stores in big cities where technicians repair and modify old consoles.

So yes, I think I can say the retro gaming scene in France is pretty big. There is a lot of talent and passion behind it.

Retro gaming, while popular, is still pretty niche. What inspired you and Thony(the Founder of RetroKAI) to start a company around retro gaming?

I’ve heard that if you want to be happy at work, you have to make your passion your job. Well that's probably why we started RetroKAI.store.

We knew from the beginning that it would be difficult, because even if it's more and more popular, it's still a niche hobby like you said, and the competition is tough.

But, we thought that if we could create interesting products, that would make a difference. We could make a name for ourselves in the small world of retro gaming.

How old were you two when you started the company and how did you and Thony meet? What has that experience has been like and how COVID-19 has affected that?

Thony and I met online over 15 years ago. A bit by chance by randomly calling people on Skype (at the time when the “Skype Me” feature still existed) on a boring evening with some friends.

It turns out that we got along very well and continued to call each other. We had a lot of discussions about a lot of topics. We also became online playmates and ended up meeting in real life a few years later.

Both passionate about retro gaming, we often met up to play games on old consoles, especially on Streets of Rage 1 and 2 on Mega Drive.

Thony is the first one who really started a business. He bought consoles that were no longer working, repaired them, and then started to sell them on eBay. For the needs of Game Gear repairs he designed a backlight kit to replace the base CCFL tube.

The kit found its audience and he started selling it as a product of its own. The kit has since been greatly improved and doesn't have much to do with what the original.

For my part, I was at the time working as an IT Systems & Network Engineer in a big global company.

I proposed to Thony to create his own website, so that he wouldn't have to pay the eBay tax anymore. Once the site was completed, we joined our forces to form the RetroKAI company.

Thony takes care of all the research, development, technical design and product assembly. Of course, I often take part in every stage of product design, but more as a source of ideas than as an engineer.

On my side I manage the website, social networks, promotion and advertising of the products. I am also the point of contact when it comes to user feedback and after sales service. I report problems and improvements requested by the customer.

I am the public face of the company and Thony is the man in the shadows who makes it all technically possible.

Your website’s current catalogue has a lot of Sega products, was that intentional?

To be honest I've always preferred Sega to Nintendo so when we started selling products and designing repair or modification kits, it was only natural that we targeted Sega consoles first.

Having said that, that doesn't mean we won't release anything on other manufacturers' consoles. It will probably come later though.

It's a bit of a revenge on life itself, on my childhood especially.

The Game Gear, when it first came out, was a very expensive console that few parents could afford to buy for their children.

In addition to being expensive, it consumed (and still consumes) a lot of batteries which at the end, represented a considerable budget.

This contributed to the fact that it wasn't very popular, even if it had a gorgeous backlit color screen(for its time of course) and more performance than the Game Boy.

Despite all that, I dreamed of having one when I was a kid and now, well, I have plenty of them!

What products have you already designed for the Game Gear and what are you working on to release for it in the future?

We have created a replacement LED backlight called the “Adaptative Backlight” that increases the battery life up to 8 hours from the 2.5 hours or even 3 hours originally. This removes the main flaw of the Game Gear, the battery life.

We have also recreated the Game Gear's sound card so that we (and you) will not have to face the inevitable shortage of original parts.

We've also created a brand new LCD screen for the Game Gear, because when the original breaks down, it isn’t repairable, unfortunately. We have yet to release this product.

At the same time, we're working on the design of a new power board for the same reasons we released the sound card. We're also working on a rechargeable lithium ion battery pack, to negate the need of regular batteries.

We have another project planned that we call the Game Gear Zero. This is a new motherboard that you put into your original Game Gear, and on which you attach a Raspberry Pi Zero running RecalBoxOS, on a Micro SD card. With this you can play any Game Gear games(or other systems) you want on the go.

And this is just the beginning, we have a lot of ideas for the future.

Outside of the products you are offering for the Game Gear, what products can we expect for other game systems?

We’ll probably work on an Adaptative Backlight and a Magic Screen kit for the Atari Lynx. Other than that it’ll be complicated to tell you because we already have a lot of work with all the existing projects.

We hope that we’ll be able to make a lot of people enjoy our product and give those old consoles a second life.

Where can the readers of librefree.me find you on the web and stay up to date on all of your future products?

As of yesterday, RetroKAI's new Magic Screen has already sold out. Having only been on the market for 2 days! This proves the retro dream is still very much alive. Thank you for taking the time to make such a wonderful product RetroKAI, and thank you to everyone else out there for supporting them. Thank you for answering all of our questions today Xavier, hopefully we can have you on again in the future.